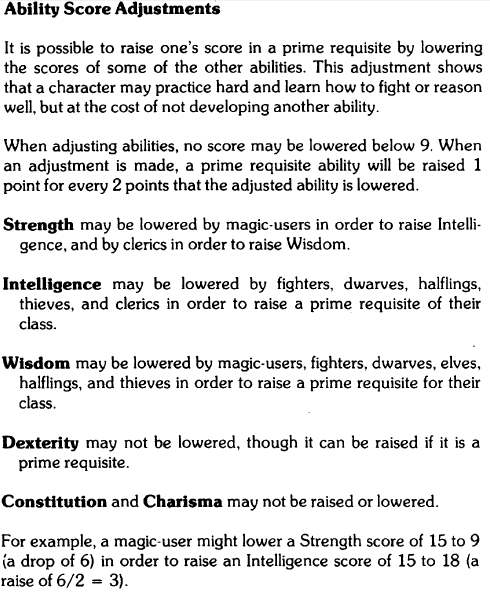 Its also a mitigating factor to the "3d6-in-order" style of character generation, which some folks seem to lament as not giving characters "high enough" ability scores. Given that only a 13 in a class's Prime Requisite is needed for an xp boost and maybe even a bonus to fighting, saves, or AC, not too many points, on average, even need to be shifted around. And it can make it easier to get those rarer 16's or 18's.
Posted by Al at 5:54 PM