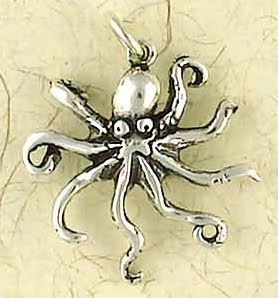 Last of the five primary gods of the Three Seas region, Belara is the goddess of the Sea and Storms. In such a marine-based region, it is no surprise she is an overwhelmingly important deity in the everyday lives of the people of the Three Seas. Also known as the "Lady of Storms", she is alternately depicted as a ravening, silver octopus, or as a six-armed, voluptuous woman with a fierce visage gripping scimitars or lightning bolts in her hands. It is customary to give offering to Belara before embarking on any sea journey, in hopes of currying her favor or warding off destructive storms and weather.

Her temples are often constructed of sea-green stone, and always feature a deep, wide pool in the innermost sanctuary (some of which are rumored to pen Holy Octopi of great size). These temples are always to be found within sight of the sea if not, as in the case of the beautiful Temple of Storms to be found jutting from the harbor of Hasturl, actually surrounded by water. The first day of spring, also the first day of Monsoon Season in the Three Seas, is her most holy day, and a week of carnivals and festivities follows, livening the streets of even the most sullen towns and cities. The temple has its dark side however: human sacrifices are known to be drowned in the sanctuary pools on certain other holy days.

Only one City State in the Three Seas does not host a temple of Belara; that is Yng Yoon, the notorious City of Mysteries beyond the Mountains of Dor Haaz. There is some enmity between the Sister-Queens of that place and the Lady of Storms, possibly due to the Queens' rumored connection with the goddess Lansril, who is often at odds with Belara.

The clergy of Belara typically garb themselves in togas of foam-green, salt-white, and deep blue, and openly wear silver amulets depicting the Holy Octopus. Traveling clerics of Belara favor light armor and wield scimitars, tridents, and daggers. Clerics of 2nd level or higher can Breathe Water for up to one turn per level. 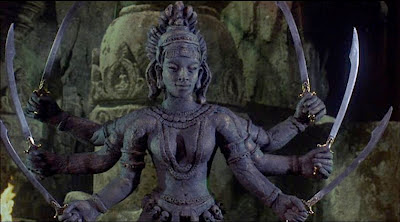