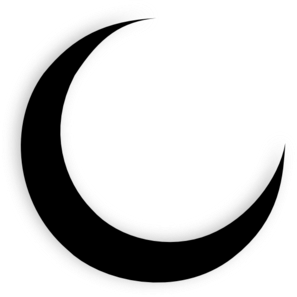 One of the five major gods of the Three Seas region, Lansril is the goddess of fertility, mysteries, and oracles. Also known as "the Dark Lady" or "the Fickle Maiden", she is typically depicted as a voluptuous, beautiful, youthful maiden with pale skin and waist-length black hair. Her eyes are often described as being filled with stars. Her temples are usually constructed on high places, and are often open to the stars. Many of these temples, such as the ones in Neethra and Hasturl, are modern temples that have been constructed around ancient megalithic rings aligned with the stars and their annual movements across the night skies. Scholars believe the cult of Lansril is one of the most ancient religions in the Three Seas, and they have found clay sculptures of immeasurable age in the primitive but undeniably voluptuous image of the goddess.

Lansril is the patron of oracles, and as such, her priestesses are frequently consulted for advice in weighty decisions. One of the most famous oracles of the cult is the Maiden of Eyes, who traditionally resides on the Isle of Azor in the Eeshi Straits. The Maiden of Eyes is always a girl of thirteen years' age who serves for one year, offering the guidance of the Dark Lady in return for extravagant offerings. Of recent note is the tale of one of the Sorcerer-Kings of Lyrion who visited the oracle of Azor for guidance on how to end the seemingly endless seige of the City-State of Ontandis. The Sorcerer made an offering of seventy-seven flawless rubies, but was given only the quizzical advice to "Seek the Sea-King's daughter; by her voice alone shall the walls of Ontandis crumble".

While the clergy of Lansril is open to both males and females, typically only females ever gain access to the innermost Circles of Mystery. Clerics of Lansril dress in simple white linen shifts, often very revealing, and ornate head-dress of white, silver, and black strung through with moonstones and black opals, though the cult's infamous order of Warrior-Priestesses favors chain-mail, large shields emblazoned with the crescent moon, and sharp spears. Four phases of the moon are honored as holy days each month. The Faithful of Lansril are able to see in darkness as if it were instead a clear night lit by a full moon (though this does not allow them to see in the unnatural darkness of the Underworld).
Posted by Al at 8:49 AM