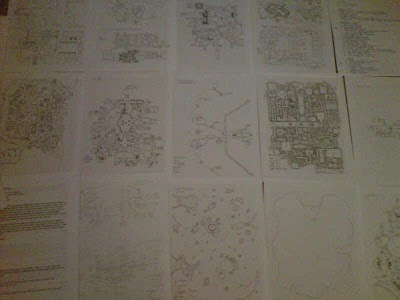 Still compiling part two of the Round Table. In the meantime, here's a peek at how BIG my Megadungeon, the Forsaken Halls, is getting. I'm going to try to get to some cons (as well as my local D&D Meetup) this summer and run the Halls a few times, sort of a Megadungeon Missionary project, so folks that normally play newer editions can see what a Megadungeon with Old-school rules is like.

I'm putting together a pack of 10 pre-generated characters for the project I'll post on the blog for others to use as well.
Posted by Al at 4:48 AM