Don't Panic! Its only Towel Day. 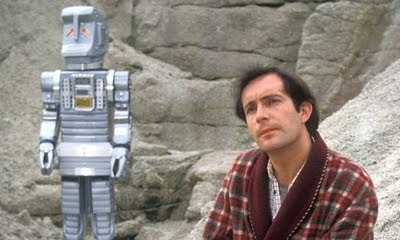 Don't forget your towel today.
Posted by Al at 7:08 AM No comments: 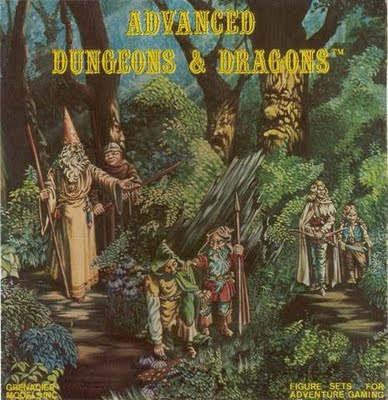 Check out this link to Mini Mag's History page, where you can download .pdfs of some ancient miniatures catalogs, like this 1982 Grenadier catalog.

Nice to see pics of some of these, many of which I had (unpainted and painted) but have been lost to the vagaries of time...
Posted by Al at 2:28 PM 7 comments:

I think we've all learned a valuable lesson. 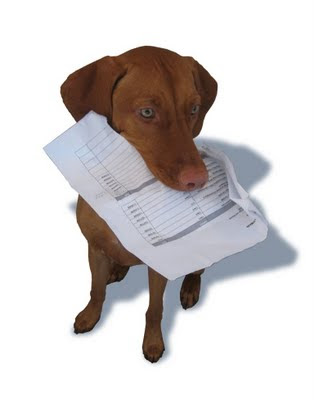 I haven't been posting much lately, due to being immersed in writing for two projects at once over the last several weeks. But they are coming to a close, finally.

In honor of this blog's very awesome readers, let me know what kind of post you'd like to see next on BtBG, and I'll either roll one randomly, or let majority rule, whichever makes more sense, and put up the Democratically Elected Blog Post early next week :)
Posted by Al at 11:53 AM 9 comments: 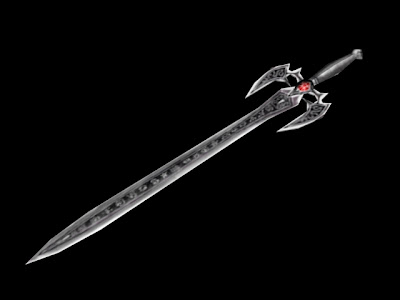 A Breaker's Blade is a two-handed sword of approximately 5' length. The blade is crafted from steel that appears liquid when examined closely, and is etched with words and phrases in the lost tongue of Gilgaroone that slowly change. The sword is a +3 weapon, and destroys any active sorcery it touches, including illusions, wards, walls, shields, and other ongoing effects. The sword's +3 bonus is also applicable to saves vs. offensive magic. The sword is treated as a +5 weapon against constructs or summoned creatures of any sort, and does double damage against these foes.
Posted by Al at 6:30 AM 2 comments:

The Politics of Pictures

Recently, I added a little gadget to the ol' blog here that puts up a few "You might also like this..." links. Each link has a little thumbnail pic related to the article. One very unusual image caught my eye the other day. It was a blank white image with some red writing across the top. So I clicked on the link, and was a bit miffed by what I saw there.

This was my blog post, by the way: "Al Harron has posted a great article at the Cimmerian about the many and surprising similarities between Howard's Cimmerians and Tolkein's Dunedain. Its a very nice piece, and there's plenty of gaming inspiration to be found!"

Up at the top I had linked a cool Angus McBride pic from the article. That pic had been replaced with a giant white image that read "I STOLE THIS IMAGE FROM THE CIMMERIAN".

Lets sum this up. I come across a great article, and want to let others know about it, so I do so. I don't even copy/paste the text, just put up a link directing others to the Cimmerian blog. Instead of just select/copying the McBride piece, I just link the image, so anyone blowing it up will get a Cimmerian address, send even more traffic their way. And what do I get for that?

"I STOLE THIS IMAGE FROM THE CIMMERIAN."

A website which I am assuming is using McBride without permission, without even doing Angus the courtesy of acknowledging him by name. Al Harron's article is still cool, so I'm leaving up the link, but the whole picture thing is baffling.

Can anyone explain this behavior? Is this some vestige of the 90's when bandwidth was hard to come by, and servers had less capacity than gameboys? Is it some autobot attack mindlessly assuming any link back to the Cimmerian is a dastardly attack on its IP? Or is it just dickish?
Posted by Al at 7:07 AM 12 comments: 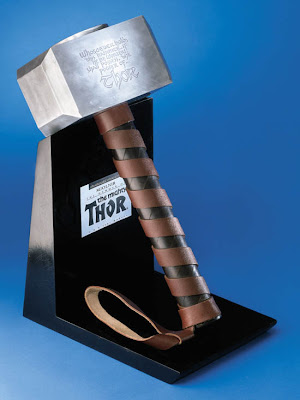 Thor starts today, so its possible you may be enjoying some Asgardian hammer-slinging tonight.

Taking a look at Marvel's wiki entry of the storied giant-smacker, it appears Mjolnir has enough special powers to make even the Hand of Vecna twitch uncontrollably:

"Mjolnir itself is already extremely durable and nigh invulnerable like the Earth metal Adamantium or the Olympian metal Adamantine, and combined with the various enchantments placed upon it by Odin, is for all intents and purposes, indestructible. It has survived heat as extreme as the heart of Suns, blasts powerful enough to destroy planets, and it has contained energy sufficient enough to destroy an entire Galaxy and even energy sufficient enough to destroy one fifth of the Universe. Mjolnir also grants its user, such as Thor, countless mystical attributes and powers such as manipulation of the fundamental forces of the Universe such as the electromagnetic spectrum, gravity etc. Mjolnir can be used both offensively and defensively. Thor often uses the hammer as a physical weapon, with almost nothing being capable of withstanding a hammer blow or throw. It has been described as impacting with sufficient force to "destroy mountains" and has proven capable of shattering the armor of a Celestial. A rare exception is primary admantium.

A few other examples of the countless abilities Thor has shown with Mjolnir are: