Lean Back and Relax, for Music From the Hearts of Space 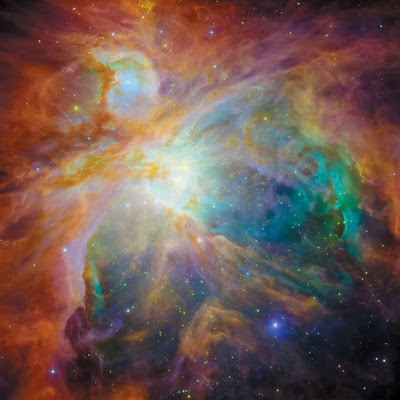 Back in the early 80's, I used to tune in late at night to the local public radio station for Music From the Hearts of Space. The show featured the dreamy washes of synthesizers you've likely heard in your local planetarium, sounds designed to take you on a sort of head-journey to the stars. For a kid enamored with Star Wars and Dune, it was the best thing in the world to fall asleep to on a Sunday night. Especially with "Timotheo" and "Annamystic" hosting, sotto voce, in the in the background.

Eventually, the show was replaced (by my local public radio station) with some sort of wonky New Age show, and visions of silver starships approaching slowly spiraling galaxies were replaced by visions of elderly nudists placing healing stones upon each others' wrinkled brows in the depths of a nightmarish patchouli-scented sweat lodge while toga-clad men with long beards slapped even hairier women around with tambourines. All under Yanni's deceptively benevolent-seeming gaze, of course. So, I quit tuning in.

Imagine my surprise, 30 years later, to discover the show is still in syndication. See if its on near you.

In the meantime, here's one of the giants of the genre to listen to.

All space-cadet; no patchouli or tambourines.