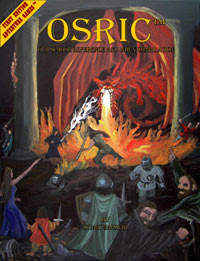 So I'm doing a little prep for my soon-to-begin all-new campaign (more details on that in the days to come). We're using OSRIC as the "base" ruleset (and I mean "base", those of us with the original 1E AD&D stuff will be using those books too), so I'm scanning through the OSRIC book, mostly because its a good mainline extrapolation of the various interpretations of AD&D's idiosyncrasies.

At any rate, on page 118 is an optional "Random Experience Variable" rule, which basically states you adjust the xp needed to gain a level by plus or minus 1d20 x the level to be gained. So, if I'm reading this correctly, you're headed toward 5th level, and you roll a 12, the xp you need to to level is plus (50%) or minus (50%) 600 xp. That's an interesting optional rule.

Does anyone know the origin of this rule? Was it a common houserule that I never heard of? When do you figure out what your variable will be, at the start of a new level?

Interesting stuff, so anyone familiar with this please chime in.
Posted by Al at 4:37 PM 7 comments: 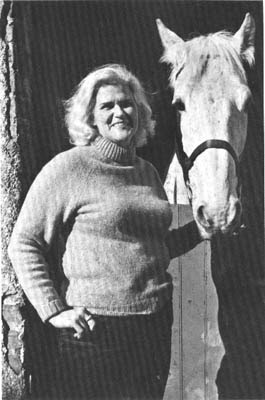 Its very sad to hear Anne McCaffrey has passed. I had no idea Anne was born in 1926, which means she was already in her 50's when I discovered her in the late 1970's. Not a "surprising surprise" however; her writer's voice was certainly that of an ageless person, untouched by cynicism or snark and full of wonder, whimsy, and a love of the fantastic. I read the first three novels of her Dragonrider series, full of the sci-fi fantasy admixture I still love to this day, multiple times back then, usually accompanied by my cassette-playing, eleven-or-so-pound first-generation Walkman :)
Posted by Al at 4:18 AM 5 comments: 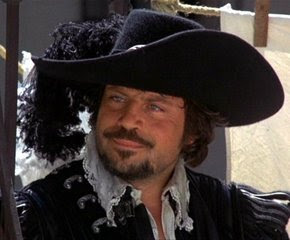 Ok, so I love Musketeer movies.

The Musketeer, in the most basic form, was an infantryman with a matchlock musket. The version detailed below, however, is more closely modeled on the version made popular by literature and film, the French Musketeer. This Musketeer, rather than a basic lineman of the infantry, was typically a member of some lower noble house who served as one of a unit whose mandate was the direct personal protection of the king. While known for their fighting skill, they were better known for their elan, personality, and panache. Eventually, they became popular enough to become a threat to the King's rivals, and the position would eventually be drummed out of existence under the guise of budgetary cuts.

For our purposes, the class is somewhat of a swashbuckler, a rogue, a bon vivant, and romantic sensualist, albeit with a heart of gold, and a code of honor.

Nimble Fighter - The Musketeer relies more on his agility than brute strength in combat. Consequently, the Musketeer uses his Dexterity modifier for to-hit and damage.

Cutting Repartee - Known for having a tongue equally sharp as his rapier, the Musketeer can goad enemies into reckless attacks. At the start of the round, the Musketeer taunts his enemies. If they fail their save (negatively modified by the Musketeer's Charisma modifier), they automatically win initiative, but suffer a -3 penalty to Armor Class for the rest of the round. If they succeed at their save, the initiative order proceeds normally.

Artful Dodger - When lightly armored, or not armored at all, a Musketeer adds 1/2 his level (rounded down) to his armor class.

Main-Gauche - A Musketeer may wield a small light weapon, such as a dagger, in his off-hand in place of a shield, to receive the standard +1 bonus to armor class. At the referee's discretion, improvised items such as table legs and candelabra may be employed for this purpose as well.

Rapier (30gp) - This is a narrow-bladed long-sword with a protective basket-hilt that well-suits the Musketeer's agile combat style. It typically does 1d6 points of damage, but on a natural roll of 18-20, a hit on some vital spot has occurred, and damage increases to 2d6.

Leather Doublet (50gp) - This stiff doublet has not only been designed to offer a Musketeer the greatest range of mobility and arm movement, it is also made with the most desirable latest fashion trends in mind. It offers the same protection as Leather Armor.

Steel Breastplate (110gp) - This is an ornately etched breastplate of the lightest steel available, designed for both mobility and protection of the soft vital organs. It offers the same protection as Chain Mail.

Musket (35gp) - The musket is a match-lit projectile weapon. It is devastating at close range (060' or less), being +1 to hit, and doing 3d6 points of damage. At further ranges it is much less effective, being -3 to hit, and doing only 1d6 points of damage. Ammunition is expensive (5gp for 1 shot worth of ball, powder, and stuffing) and in some areas, hard to come by.
Posted by Al at 6:56 AM 6 comments: 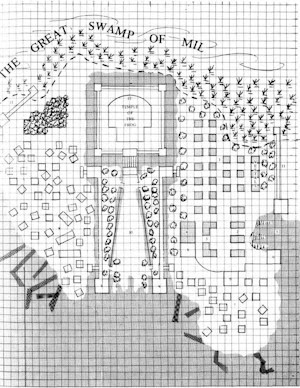 Musing a bit about the map above (from Arneson's Temple of the Frog), you can see its a bit different from a lot of site-based adventures. Mainly because its smack-dab in the middle of a city full of Bad Guys.

Stuff like this adds a whole other dimension to dungeoneering, and shouldn't be underrated in terms of the quality of experience it will offer your players. At face value, it presents the adventuring group with overwhelming odds. Unlike the dungeon, or the wilderness trek to get there, there is usually no question of taking on opposition the magnitude of a city or town with basic sword and spell. A similar scenario is set up in Vault of the Drow. There is much more than just a hack-and-crawl to contend with.

As a Referee, its vastly entertaining to me to see what sort of plan players come up with to overcome such obstacles. Subterfuge? Stealth? Amassing a mercenary army? Buying a traitor to assist them?

Sadly, i don't see much of this in contemporary adventures. Maybe I'm not looking in the right places?

What are your experiences with dealing with overwhelming odds?
Posted by Al at 7:19 AM 4 comments: