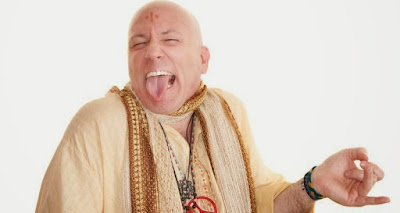 Sometimes the weirdest things turn up on this blog. And I don't even mean my own fever-induced rantings. Imagine my surprise when, doing a little BtBG housekeeping, I discovered that this old post on Ritual Spellcasting (game, not real, which is an important distinction here apparently) has become a popular place for lunatics to advertise their lunacy.

" I want to say A BIG THANK YOU to Lord WAKAMAN, indeed you are the WORLD GREATEST...I am a new creature now with the help of his powerful spell....search no further for spammers who act as real spell casters, the REALEST AND MOST TRUE SPELL CASTER is LORD WAKAMAN THE WORLD GREATEST."

"this great spiritualist Doctor called Dr.Agbazara who has the greatest powers on earth i have seen, he help me cast a spell that brought back my husband who left me for good four years. He is really a great man that is making happy today."

"DR Zadson of EDUDUZADSONTEMPLE@xxxxxxxxx is a man sent by God to help the lonely,oppressed,deserted and broken hearted."

Maybe I should do a post on SUMMONING THE GREAT OLD ONES and see what turns up?

In the meanwhile, if you're looking for love spells and someone who is making happy today, why not give Lord WAKAMAN a call?

Is it wrong to try to pick up girls in a Dungeon?

Oh, you guys, you think of everything.


Before the doomed Disney adaption of "A Princess of Mars", an earlier version was in the works by the maker of the pulp-steampunk cult film Sky Captain and the World of Tomorrow. While we can never know if Conran's version would have been truer to the source material than Stanton's (it appears the decision to neuter the film's title had already been in place by this point), I can say I do prefer the look of the Barsoomian cities with their majestic canals and other-worldly splendor to the butte-sized outposts of the Disney film, and the concept art for the Atmosphere factory is just awesome (around 2:30 or so).

Ultimately though, Hollywood's biggest hurdle with John Carter has nothing to do with visual effects or casting, but with it's inability to present us with an unabashedly heroic character. John Carter came from a time before popular culture and political correctness had imposed an informal ban on heroes who are pure of heart, strong of character, and unimpaired by guilt or angst. Carter's popularity endured for more than a hundred years (!) with no need to make him a drunk, or a slacker, or in need of a "strong woman" to lead him around by the nose in spite of his lazy and irresponsible nature. Once a film-maker is brave enough to let Carter be a hero again, an ageless icon of action and honor in the face of all obstacles, the franchise will resonate with audiences the way its supposed to.
Posted by Al at 6:30 AM 22 comments: