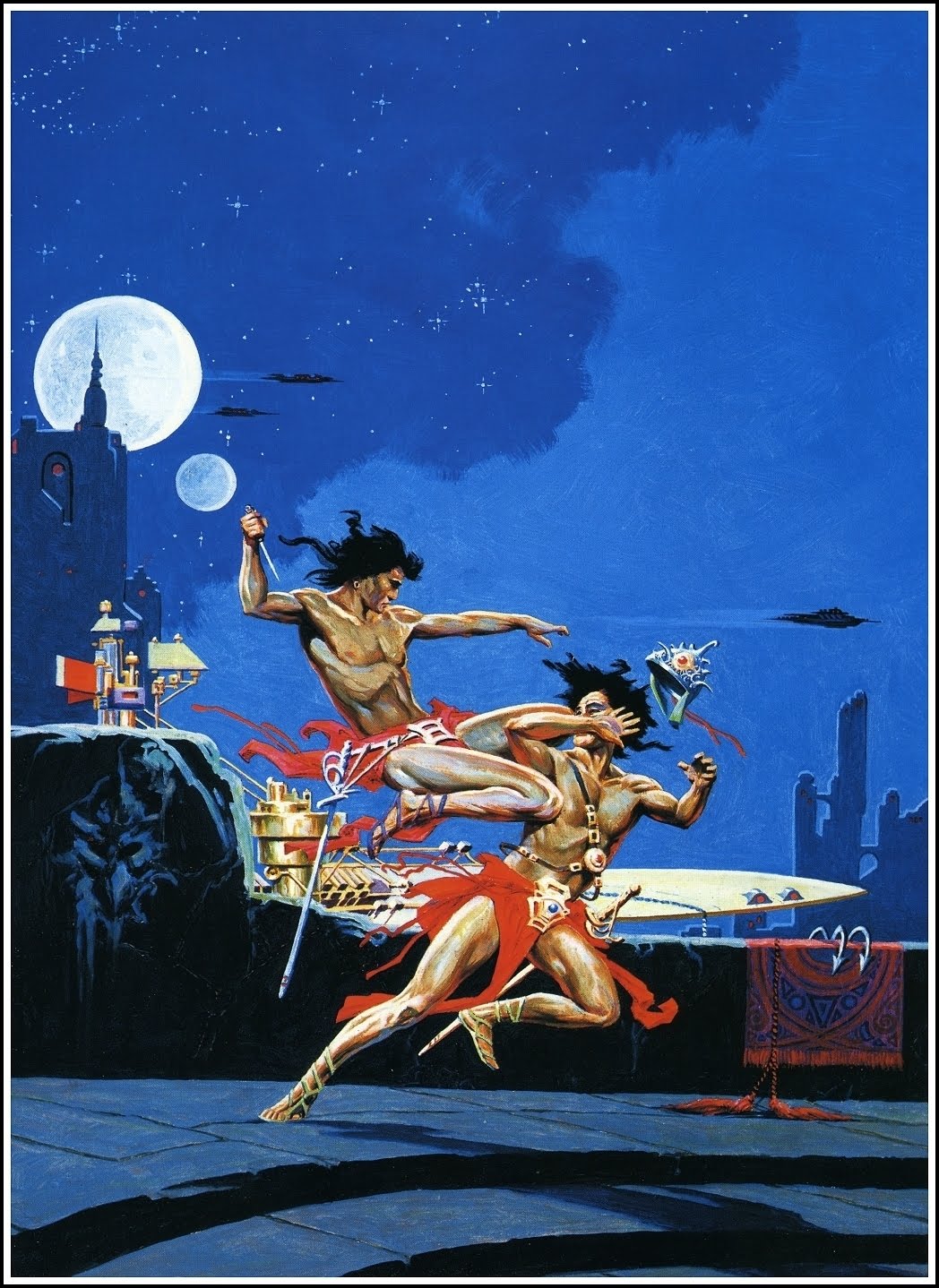 This is actually a Roy Krenkel cover for A Fighting Man of Mars, assisted by Frank Frazetta. Here two men with swords battle it out under the two moons of Barsoom with fists, knives, and swords, while flying ships pass by behind them. Someone has taken the time to place an ornate martian rug over the edge of the wall there, to protect it from damage caused by the nearby airship's anchor.

Who thinks of a detail like that? I think its pretty cool.

Tonight's game night! In Omegea, my science-fantasy setting. I'll have to remember to try and throw a couple of cool details like that into the game.
Posted by Al at 4:32 AM