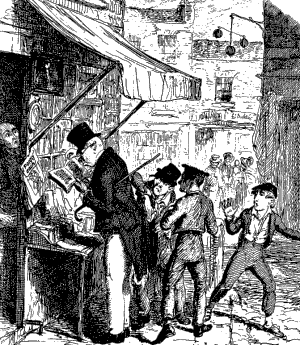 You never know what you'll run into (or what may run into you) during a trip to the seedy side of town. Roll on the table below to see what occurs!