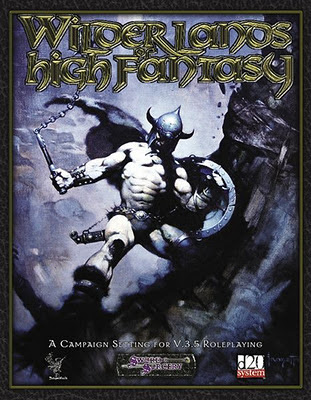 Yes, the snow is falling briskly outside right now. Later I have to venture out into it for a Christmas Party at the Casino and it will be cigars and chips and 7&7's but right now its coffee and Wilderlands.

It's criminal this boxed set is becoming increasingly difficult and expensive to obtain. Had I been psychic, I would have bought five of these back when they first came out (and done much better at past Casino Christmas Parties, just saying).

I'm sure there are licensing (and printing cost) issues, but wouldn't it be nice to see this re-released for S&W / OSRIC?