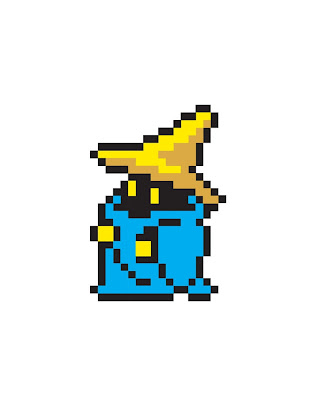 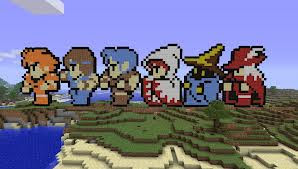 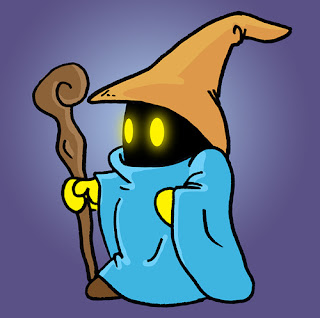 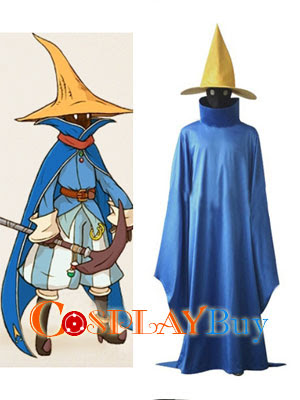 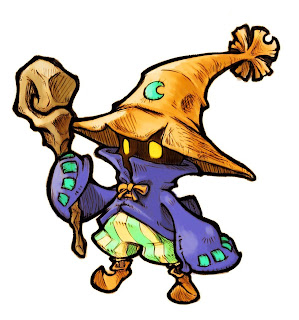 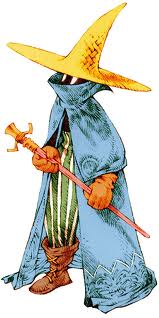 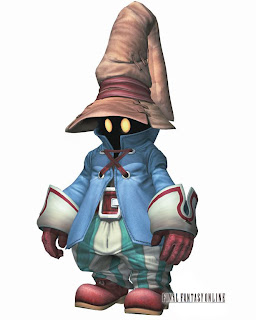 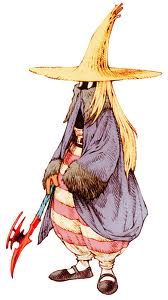 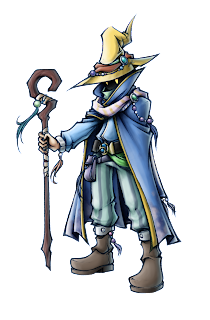 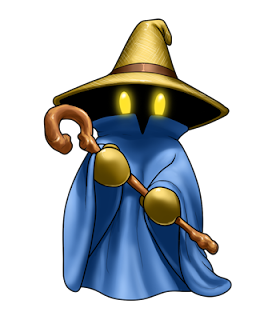 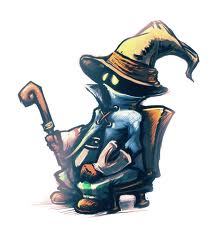 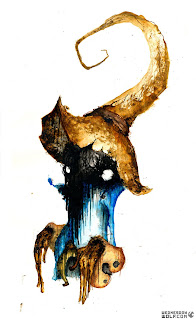 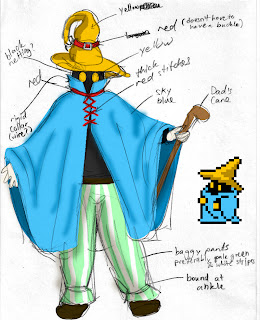 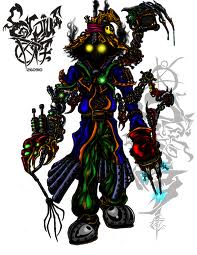 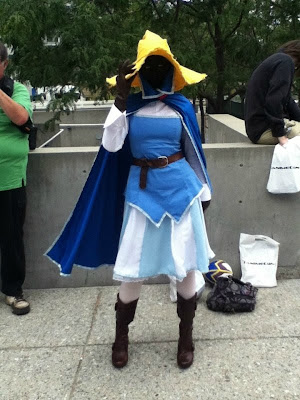 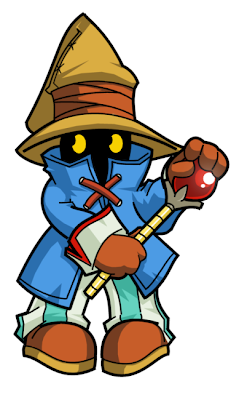 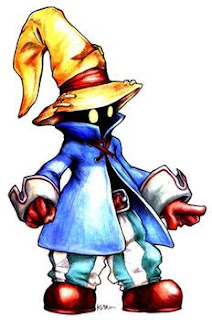 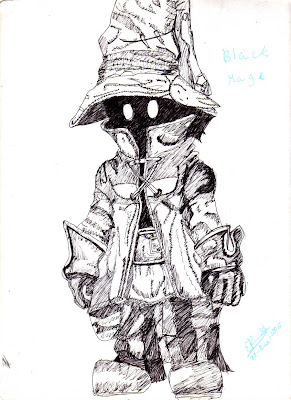 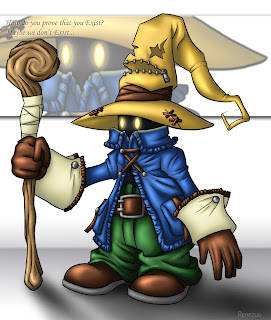 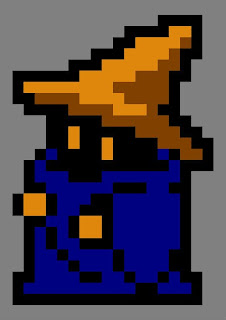 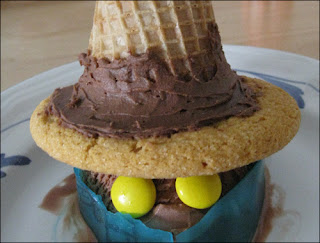 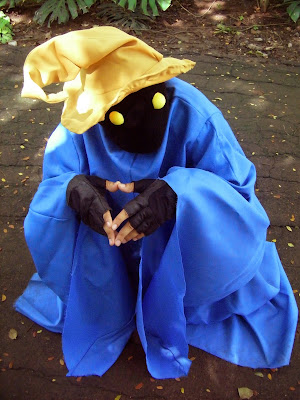 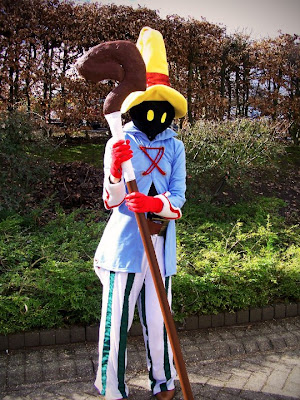 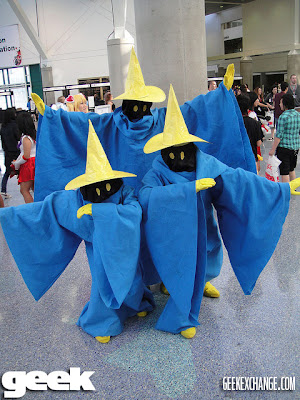 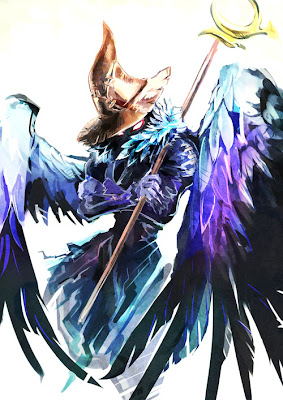 This is in honor of the inimitable Black Mage of Final Fantasy fame. I had a blast with this game (the original NES version) 20+ years ago, and was pleasantly surprised to find that, following a quick iPhone download, the game holds up surprisingly well.

The game sports several early "D&Disms", especially in the monster arena, with "Crawlers", "Sahagans", Green Slimes, and such. But the Black Mage follows an especially D&Dish path - weak and near useless at early levels (excepting a very potent Sleep spell), at high levels he becomes a Nuclear-level Terror.
Posted by Al at 7:36 AM