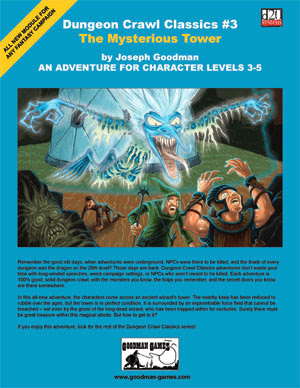 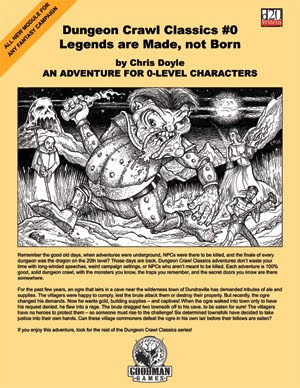 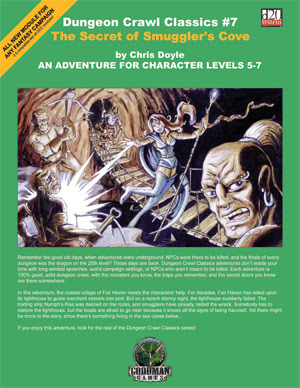 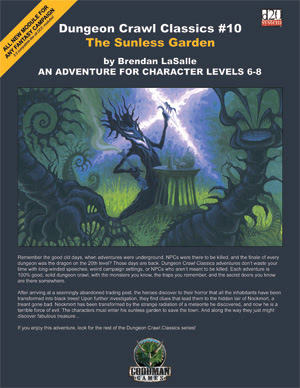 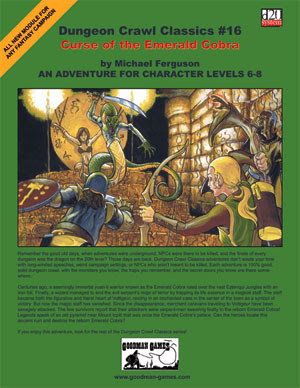 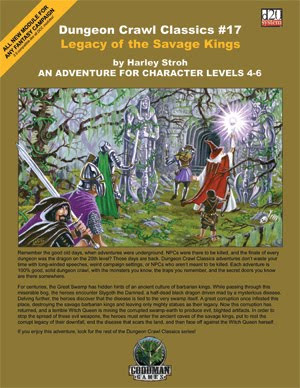 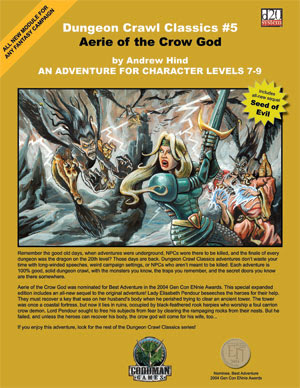 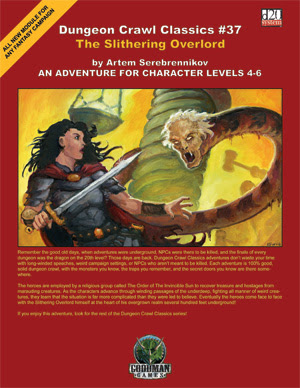 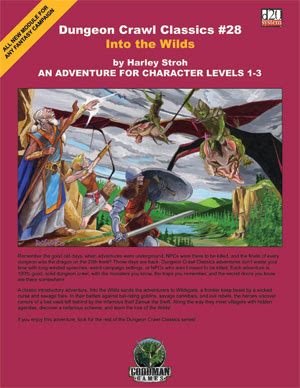 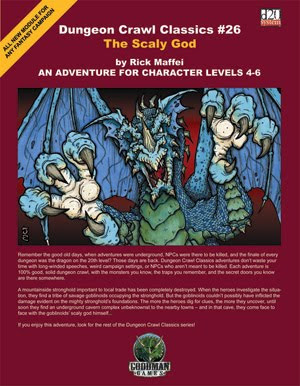 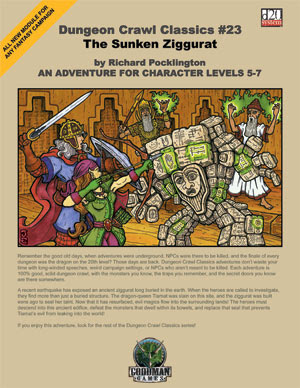 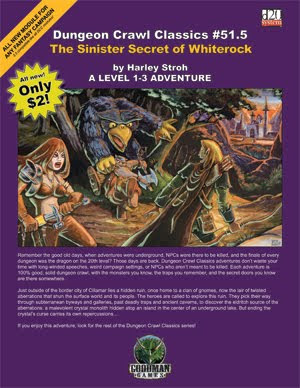 Long ago, in the 3x doldrums of the early to mid 2000's, a group of stalwart gamers, relics from the golden age of D&D, the Company of the Crucible, were slowly drowning to death in a sucking mire of splat books, skill trees, prestige classes, and railroady adventures. It seemed like every time we reached out for some hint of those good old days, we suffered an attack of opportunity. Then, out of the mists, Dungeon Crawl Classics appeared like water in the desert. Casting off the chains of endless thankless hours of trying to design my own stuff in the morass of inscrutable rules, these adventures did all the math work for me, with none of the preachy do-this and go-there most published adventures at the time were rife with.

Set in the wonderful Wilderlands of High Fantasy, which was easy to do considering the site-based nature of the adventures, the campaign lasted a long time, until 3x rules-fatigue and player attrition finally won, and the Company of the Crucible was forced into retirement. Thanks to these adventures (I ran all the ones pictured) we had a good time along the way.

As an interesting side note, the last one there, #51.5, was one of my first forays into the OSR, and I converted the adventure for 1E, the notes for which can still be found here on Dragonsfoot.