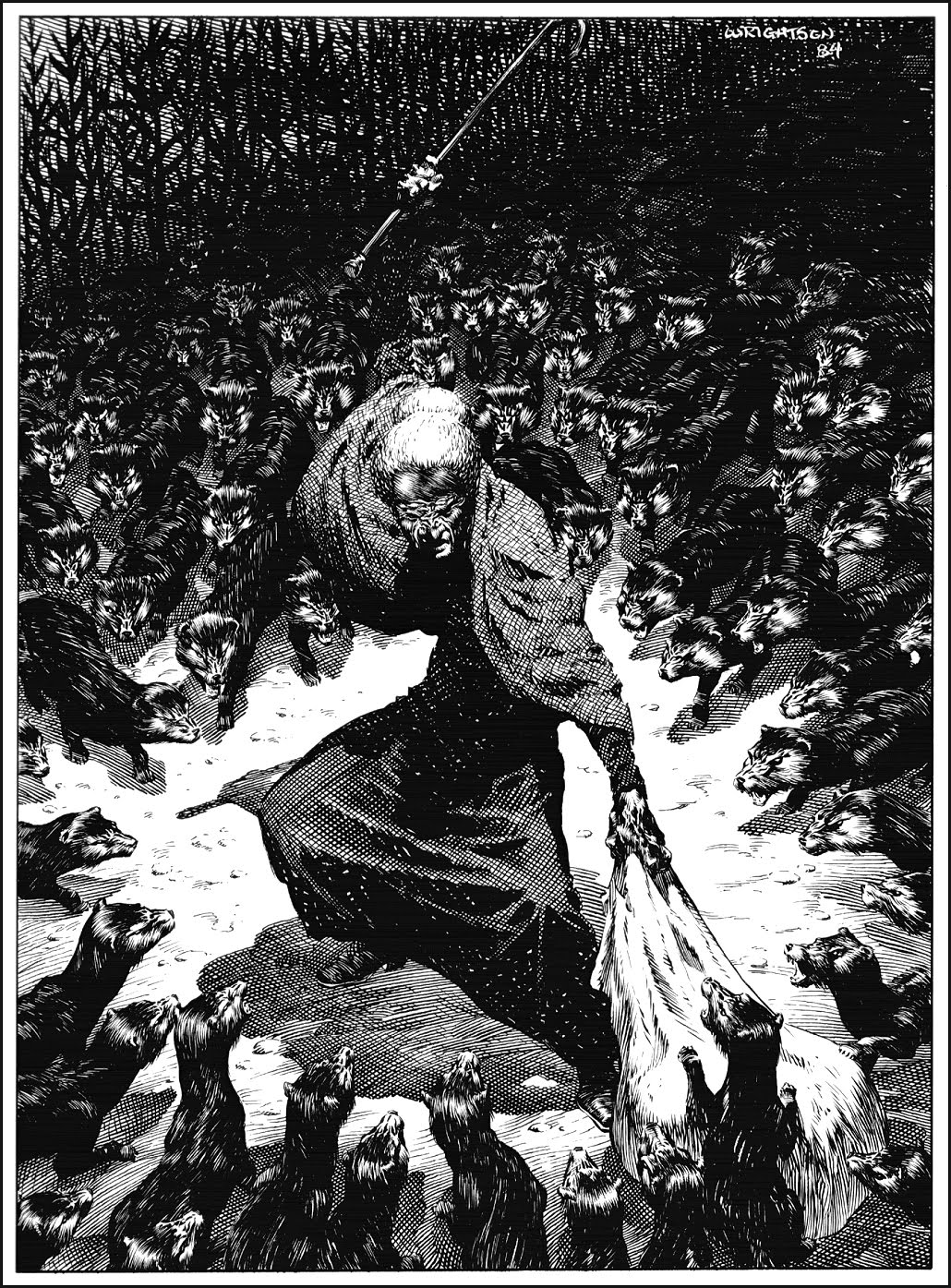 It may seem unlikely at first glance that one of my best resources for episodic play is having a Megadungeon handy. At the moment I have three - my own Forsaken Halls, which I've used dozens of times now, as well as the excellent, and delightfully old-school, Megas Stonehell and Castle of the Mad Archmage, which I am hoping to have occasion to use in the near future.

Oddly, the scale and scope of the Megadungeon makes it friendlier to Episodic Play than for the more common "clear the dungeon" style of play. The Megadungeon is the perfect place for short, engaging adventures in a compelling environment (even if those sessions just happen to combine into one long campaign). Simply put, the basic idea behind this adventure style is to give the players a reason to get in and out of the Mega before the session is over.

From what I've been able to read, or heard recounted, from the original designers of the game, sessions in Greyhawk and Blackmoor (the dungeons) seem to have been an in-an-out deal as a matter of course. You entered the dungeon at the beginning of the session, and made damn sure you were back out of it before it ended. I've not really heard it explicitly stated how Gary or Dave managed to get players in and out of a dungeon or adventure in one session. I have however experienced this a couple of times with Dave running his infamous Temple of the Frog, so I'm assuming the basic theory is the same as what was used with Castle Blackmoor.

Later in this article I'll be getting into specific Megadungeon missions, but the best reason to explore a Megadungeon, in my opinion, is for the simple joy of exploration. Exploration in a giant Funhouse of Horror! Exploratory play, however, seems to have the fewest explicitly stated reasons to get in and out of the dungeon in one session (unless as mentioned above this is simply assumed). Its all too easy to have the players slogging through level after level, setting up camps as they go. Fortunately, there are several compelling reasons not to go about things that way.

Experience - Players like to level up! Simply enforcing many of the standard rules governing the acquisition of experience points can help ensure your players don't become Megadungeon squatters for weeks at a time. Make sure they fully understand that no xps are given until the characters return to home base.

Treasure - Treasure, also, doesn't count towards experience unless you get it out of the dungeon and back to civilized lands where you can spend it on wine, women, and mandatory training.

Instant Death - The easiest way to make sure no one's setting up a new branch of Jellystone on level 5 is to imply that staying in the dungeon overnight (or after midnight, or after the moon rises, etc) is Certain Death. This is a particularly fun way to do things, especially if your Megadungeon is less mundane and more a Supernatural Underworld. It also makes placing those rare "safe areas" in your Mega a lot more special. Have your dungeon go all Silent Hill at midnight, and watch the players run for home!

Assigning missions can also be a good way to facilitate episodic play in a Megadungeon. If your players have a clear objective, there's no need to stay in the dungeon for weeks at a time - its more rewarding financially, experience-wise, and health-wise, to get in, secure your objective, and get out again. Players that allow themselves to get distracted are likely to die in all sorts of horrific ways, while players that get the job quickly and efficiently done reap all the gold and glory.

This is also a good way to let a Megadungeon into your non-Megadungeon centered campaign.

The types of missions are many and varied, of course. In fact, I feel a random table coming on...

Megadungeon Missions (3d12)
3. Rescue a princess / noblewoman.
4. Obtain pieces of a rare monster for a wizard's library.
5. Recover a lost tome.
6. Recover the remains of a fallen adventurer.
7. Map a portion of a level.
8. Defile a shrine.
9. Confirm the validity of a rumor.
10. Kill a tough guardian monster.
11. Recover historical artifacts.
12. Capture a rare beast.
13. Bring back a rare plant or herb.
14. Discover the fate of a missing hero.
15. Loot a tomb.
16. Raid a wizard's laboratory for a rival.
17. Secure a religious artifact.
18. Disarm/bypass a gauntlet of traps.
19. Open a magically sealed vault.
20. Hunt down a renegade/rival adventuring party.
21. Seal off a level.
22. Carry out a curative fungus unique to the Megadungeon.
23. Recover the magical gear of a fallen adventurer.
24. Capture a valuable jewel with a powerful guardian.
25. Capture a powerful monster alive.
26. Discover a new access to a lower level.
27. Bring back a sample of water from a deep lake or pool.
28. Prepare a series of "safe rooms" with provisions.
29. Copy an important mural for further research.
30. Copy hieroglyphs carved into a wall for deciphering.
31. Kidnap the nymph consort of a powerful enemy.
32. Debunk a great myth.
33. Rescue a trapped adventuring party.
34. Secure five mummified bodies.
35. Trap a number of giant vermin for research purposes.
36. Discover the fate of a famous lost wizard/paladin/thief.