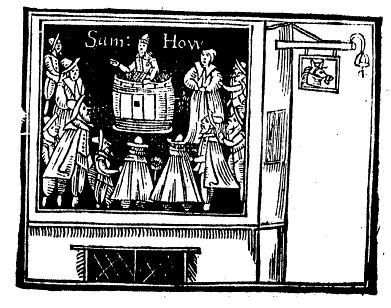 The Dandy Troll sits near the main gate into town, and is a popular spot for both travelers and locals looking for a bit of exotic conversation and people-watching. The building is three stories; the top two wood and the ground floor old-work stone dating back to imperial times. The ground floor is predominantly taken up with the tap-room, which has standing room for up to two-hundred, but most comfortably accommodates about sixty between tables and bars. While the Troll lets no rooms, it does have an unused barn out back that the owner allows those who have had too much to drink to travel home, or simply can't find anywhere else on short notice, to sleep overnight in for a silver piece.

The Dandy Troll is owned and operated by Leif Amreson (F4), a former sergeant in the local military who religiously saved his soldiering pay for 20 years to do what he does now. He considers it worth it, and lives debt-free, and is turning a tidy profit. Leif does not believe in marriage, and his long-suffering girlfriend Anna nags him incessantly about making her an honest woman, not in the least to end the bastardy of their two sons Amre and Olan. Anna is a skilled cook, and has a knack for the preparation of "unconventional" meats brought into the Troll by adventurers from time to time. Leif prefers to hire only pretty, young, unattached women for his wait staff, and currently has three on the payroll: freckled and sassy Leiu, flaxen-haired and sharp-tongued Blemette, and the darkly mysterious Feyla (MU3)(who, unbeknownst to Leif, is a renegade sorcerer on the run from her Guild in a neighboring country). Leif also employs Rolo the Bow-legged (Halfling2) as a sort of combination janitor/dishwasher/stableman/butt-of-all-jokes.

All of the above served with Anna's own fresh rye and barley bread, wedge of local Monkshand Cheese, and complimentary pint of Dandy Troll Beer.
Posted by Al at 2:13 PM