I was thinking how much of a game-changer it would be to throw out the "traditional" non-human races of most fantasy rpgs and replace them with a whole new "core set". Think how this might change the history of the campaign setting. No more eldritch elven forests, now you have the sunken, swampy, pyramid-filled ruins of the lost Lizardmen civilization. Instead of lost dwarven mines, the colorful crystalline manors of the Oni. Inns filled with drunken and carousing Imps, wheeling through the smoky air, instead of hairy-footed hobbits? 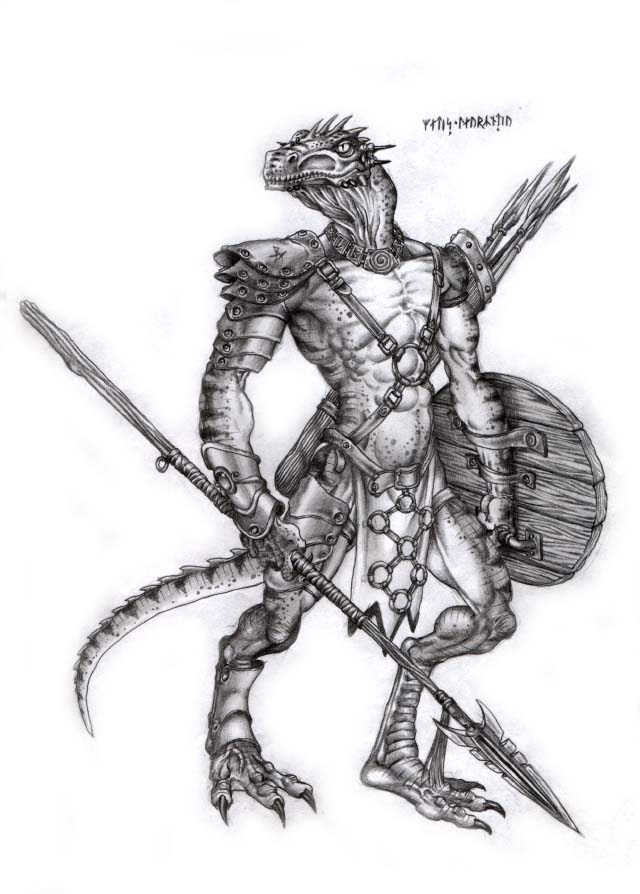 I've often included lizardmen in my more sword-and-sorcery influenced games. Something about this savage remnant of a once-proud race - from the Silurians of Doctor Who to the disk-throwing reptilians of Elric's ancestral home this is an ancient race still clinging in pockets here and there. Perhaps not all have descended into savagery, lurking in mounds outside of borderland keeps, perhaps some still cling to the "old ways" - performing dark rituals at bloodstained altars, weaving dark webs of forgotten sorceries, or simply trying to co-exist as well as possible in the great fleshpots of humanity.

Lizardmen receive a +1 bonus to Dexterity for their sinuous nature, and a -1 penalty to Wisdom as they are easily led astray and misguided. They have a natural AC equivalent to Studded Leather. They may be Fighting Men (to a maximum of 8th level) or Thieves (unlimited), and a rare few become Magic Users (maximum 9th level) or Clerics (Max 5th level). 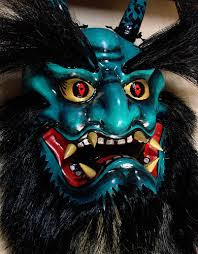 I also have thought the Oni, or Ogre Magi, would make for a good PC race. Obviously, they cannot just be taken out of the Monster Manual as-is - they would be too overpowered compared to the other races. So we must assume the "standard" Oni in the manual is the apex of the Oni, as it appears after a lifetime of experience and training. Our Player Character Oni starts as a simple 1st level wimp, and slowly gains the abilities of the traditional Ogre Magi as they progress.

Oni are 7'-9' tall, with various shades of green, blue, or red skin, black or white hair. Some possess an unearthly beauty, and most have gleaming white tusks which lend them a savage mien. While many are perceived as being evil, this is simply due to their alien nature and the fact that their objectives are often at odds with those of humanity. No few Oni lurk among humanity though, and many have an artistic, literary, or historical interest to explore. Oni receive a +1 bonus to strength due to their great stature, but have a -2 penalty to charisma due to their inhuman nature (this does not apply when dealing with other Oni). They typically advance equally as Fighters and Magic Users (I recommend as the B/X Elf class), though a few become Thieves and Assassins as well. Oni can appear as human at will, though they have their own particular look as opposed to mimicking a specific individual - this illusion disappears when they are sleeping or unconscious. A 3rd level, the Oni can become invisible at will, at 5th level, the Oni can cast Darkness at will, at 7th level, the Oni can assume gaseous form once per day, and at 9th level, the Oni can cast Cone of Cold once per day. 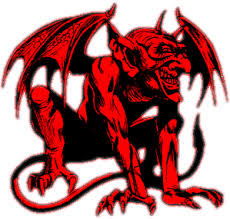 The Imp as a player race is not the Diabolical creature, but rather a less-powerful earthly version, though the two appear similar and share several personality traits, such as mischievousness and a sometimes cruel sense of humor. Popular mythology has the Imp as an offshoot of the Diabolical Imp that were abandoned after a war with hell. Imps are typically between one and three feet tall, have skin in various shades of red, orange, yellow, and green, are gangly limbed, horned, and have weak but functional wings.

Imps receive a +2 bonus to Dexterity, but suffer a -2 penalty to Strength due to their diminutive size. Imps typically progress as Thieves, Magic Users (max 7th level), or a combination of both. They can fly for a number of turns equal to their level, but then must rest for an equal number of turns. Imps are disturbingly observant - they notice every detail! They detect traps and secret doors on a roll of 1 or 2 on a d6, and can detect magic as per the magic user spell, at will. 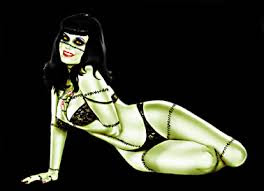 The Unliving were once mortal men and women of a bygone age, but their god was slain in combat with a rival deity, and their souls were denied access to the Underworld as a result. While you would expect them to be dour and brooding do to their unnatural state, they are actually quite hedonistic, and love to indulge as much as possible. Their appearance is often gray or pallid, and a faint stink may linger in the air, but they often take great lengths to keep themselves as clean and fresh as possible, and make liberal use of cosmetics, herbs, lotions, and stimulants to increase their "lifelike" look.

Unliving receive no bonuses or penalties to their abilities, which remain the same as when they died. Though Unliving appear anywhere from child-age to elderly, they are all mostly about 200 years old at this point. They are immune to poison, cold, and disease, but take an extra point of damage per die from fire and are harmed rather than helped by clerical healing (potions work normally though). Unliving actually regenerate at a rate of 1hp per hour so long as there is a brain to will it to happen. Unliving may advance as any class, and can see into the infra-red spectrum for up to 120' provided there is no other light source to spoil it. They do not need to eat or drink (and in fact they cannot digest it) but love to do so nonetheless, discreetly vomiting up the meal later so it does not rot in their bellies.
Posted by Al at 7:15 AM