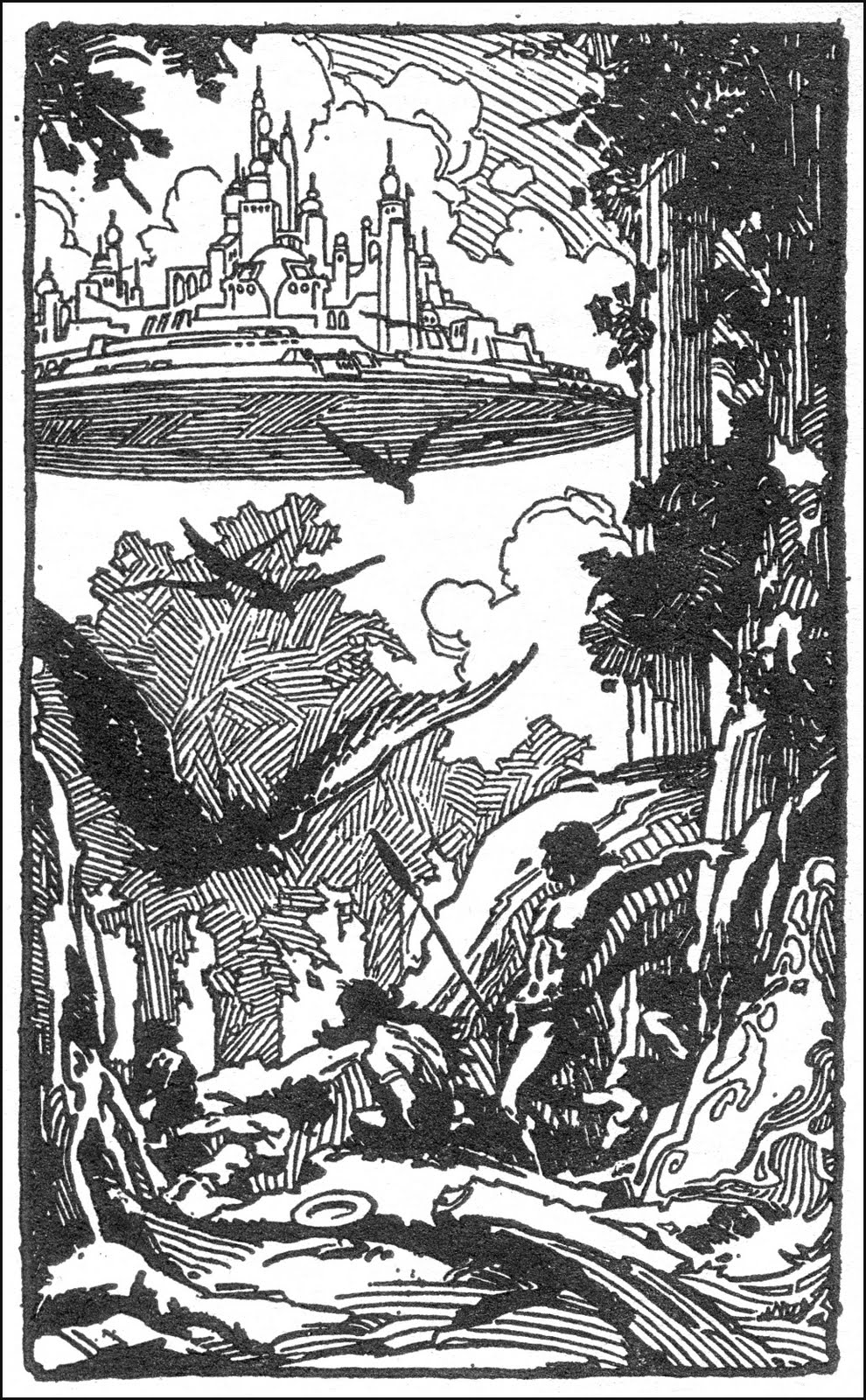 Omegea started as a circle on a scrap of paper, and an idea to create a world that, rather than being based on a "realistic" geography, was completely unnatural. The original concept was that the world would be flat, a big flat circle of ocean with a circle of land in the middle. Then I drew a big "X" through the middle of the circle, unhappy with the concept on paper.

Looking at the "X" for a moment, I decided why not divide this big circle-continent into four elemental zones: Fire, Earth, Ice/Air, and Water. Now, this, I liked. 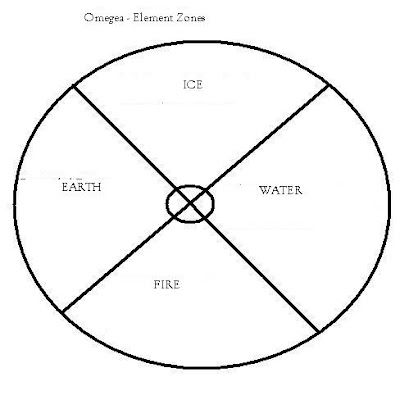 From there I added terrains that seemed appropriate to each element. 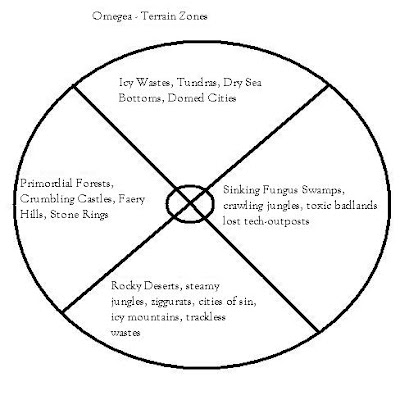 Eventually, the types of terrains began to suggest different themes to me, Earth: the zone of sylvan woodlands, fey castles, and viking fjords; Water: the post-apocolyptic zone of weird sunken wastes and dripping radioactive swamps; Fire,: the Conan/Lankhmar-esque zone of trackless rocky wastes and deserts dotted with sin-filled city-states; and Ice/Air: a zone of Sword&Planet dry sea-bottom tundras, domed cities, and flying ships.

All these lands smashed together suggested to me a massive supercontinent, like Pangaea, only I wanted my campaign set at the end of time, thus the concept of Omegea, after all the continents had traveled around the earth and met again on the other side. 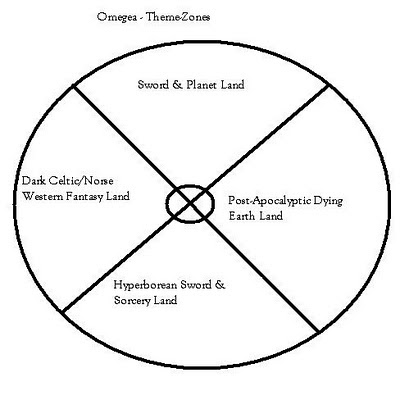 Oh, that circle in the middle? That's a miles-high ring of mountains, pushed up by the force of all earth's continents struggling against each other. In the middle of that ring is rumored to be the Land of Iron and Crystal - home of the gods.

Its a lot of territory to cover, but players will gradually learn of three quick-travel options: the Airships of the northmen, the mystical Portals of Kn'Deesh, and the supersonic subway tunnels of the last technological Golden Age.

I'm slowly sketching a actual map of Omegea, and penciling in locales like Majinta, Dyskatyr, and Hathras, but I'm taking my time. Session 3 of Omegea was last night, and the world grows more and more on its own through actual play.
Posted by Al at 6:07 AM