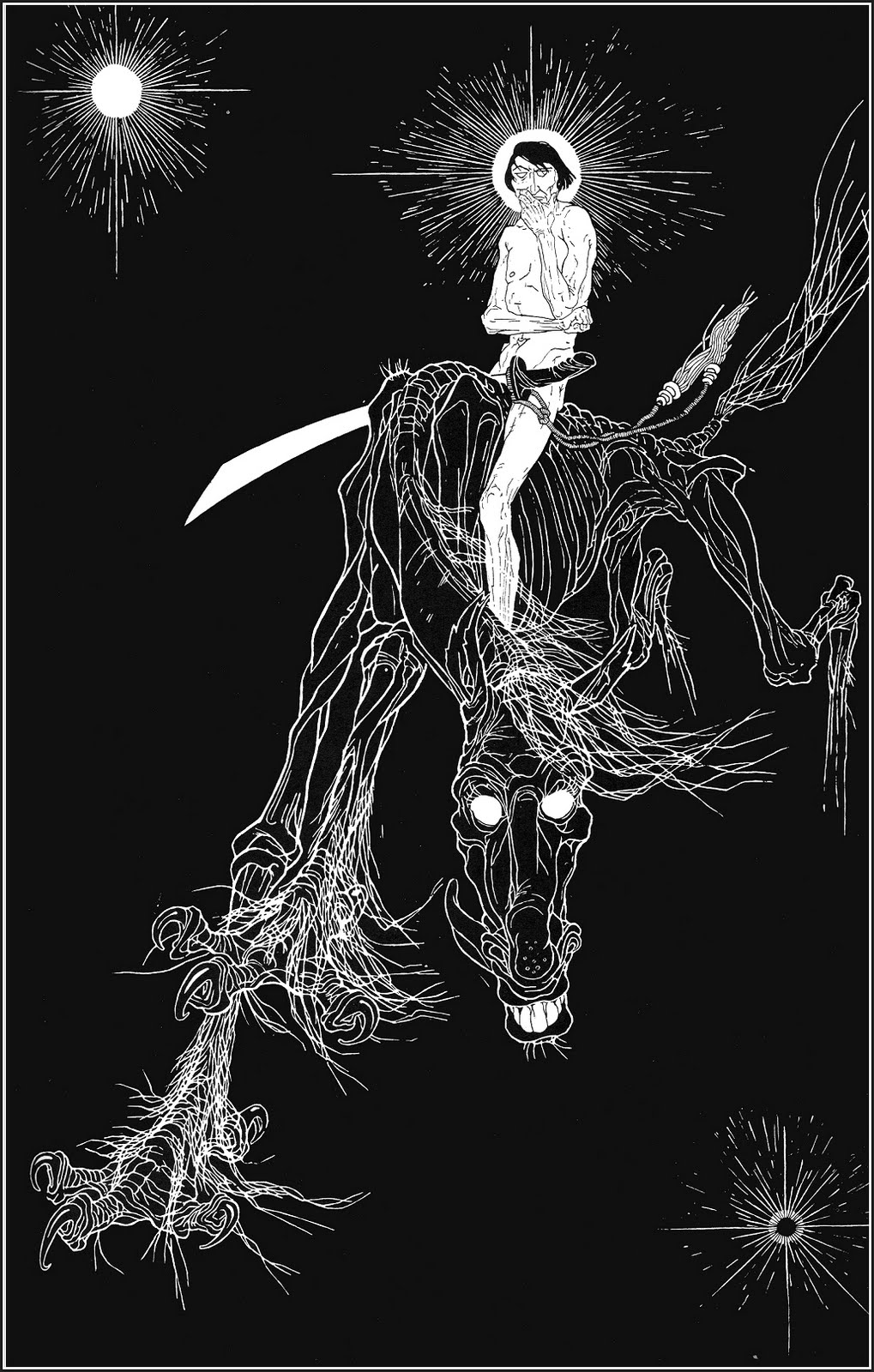 No one knows the true origins of the infamous Mindlords of Dyskatyr; it was as if their nightmare city of black, iron, blade-like towers had appeared overnight by magic. They appeared in a world that was fast-approaching a New Golden Age, possibly the last of Earth's chances to do so before the final slide into Omegea. This was the time of the Sciencemen, the beneficent scholars who carved the great supersonic subway tunnels out of the bedrock of earth to join together their far-flung outposts of research, re-discovery, and healing.

When the Mindlords noticed them, they quickly realized how powerful the rediscovered technologies could make them when coupled with their own prodigious mental abilities. The ancients had traveled to the stars, and had possessed the keys to immortality - with these tools, the Mindlords could institute a dark age that would outlast the Earth itself. City by city, outpost by outpost, the Mindlords conducted a war of extermination against the Sciencemen, plundering their treasures and secrets whenever possible.

Time and time again, the gentle synapse-librarians, tech-archaeologists, and geno-physicians of the Sciencemen were duped into false negotiations of peaceful resolution, only to be betrayed and massacred, or to have their minds and wills bent into unending, identity-less, undead slavery. It is said the Sciencemen went so far as to offer up the keys of Immortality freely in exchange for peace, but were betrayed yet again.

By the time the Sciencemen rallied to fight, it was too late. The Last Golden Age was stillborn, and would never happen. Nonetheless, they gathered together what little remained of their technological marvels, along with the armies of what few human nations would ally with them, and fought the Mindlords to a standstill at the great Siege of Darsom. The allies lost, but the Mindlords' victory was Pyrrhic, and their empire began to crumble. The last surviving Sciencemen geno-physicians founded the order of Psychic Knights, and then disappeared.

In their weakened state, the Mindlords were unable to stand against the Psychic Knights, and so ended their dark empire. Dyskatyr itself was never sacked, however, and still stands, black and sharp, beside its lake of green fire. Rumors run rampant that the Mindlords still exist in small enclaves here and there, in the deepest wastes or in the unlit passages of the underworld, or perhaps even still in the iron halls of their ancient capital, ever planning and plotting their return to ascendancy.

Mindlord:
While legend paints many a monstrous, tentacled or mandibled face upon the Mindlords, in truth they appear muchly as normal men, albeit more drawn, severe, and peculiarly-jointed, and their skins are of a nearly unnoticeable pale greenish or purplish hue. Their eyes are black pools filled with stars or strange designs, and it is unwise to look into them overlong. The Mindlords are immortal, but the process that made them so rendered them sterile as well.

In combat, Mindlords can emit a blast of mental energy in a 60' cone which does 1d6+8 points of damage and stuns anyone (1d6 turns) who doesn't pass a saving throw. A Mindlord can consume the brain/mind of a stunned victim via touch in 1d4 rounds unless forcibly stopped. Such consumption restores the Mindlord to full health and hit points. They also carry radium pistols and sabers. They can use the following spell-like abilities at will: Charm Person, Hypnotize, ESP, Darkness 15', Levitate, Displacement, Dimension Door, and Animate Dead (all at 8th level of ability).

Mindlords are typically accompanied by a large retinue of charmed or collared (see below) servants and consorts, monstrous guardians, unnatural mounts, and animated undead.

Mind Collar - This appears as a thin platinum circlet set with a single chip of onyx, jet, or obsidian, worth roughly 100gp (or 200 to someone who knows what it does). If placed on the head of a human, it renders them the slave of the nearest Mindlord, even unto death (treat as a normal zombie). If placed upon the head of a non-human, it brings howling madness until removed.
Posted by Al at 6:22 AM